This gallery contains hand-colored stone lithographs from the Folio Edition of the “History of the Indian Tribes of North America” (1836-1844) by Thomas L. McKenney and James Hall, Esq.  Thomas McKenney was appointed by President James Madison in 1816 as the superintendent of Indian Trade at Georgetown, District of Columbia (Georgetown was the port of entry at that time). In 1824, during President James Monroe’s tenure, he became the head of The Bureau of Indian Affairs. Thomas McKenney was a champion of  the native Americans, and was genuinely alarmed about their welfare and the threats to their existence due to the constant westward expansion of the European-American civilization that was encroaching upon the lands of these native peoples. He sensed that the American Indians were a threatened race. He and his chief collaborator James Hall wanted to preserve,  for the US Government’s archives , an accurate record of the culture, history and a description of the major leaders of the American Indian tribes that were  invited initially by the then President James Monroe to the Nation’s capital, ostensibly to establish peaceful treaties with these Indian leaders. McKenney commissioned the well known portrait painter in Washington DC, Charles Bird King (1785-1862) to paint the portraits of these Indian leaders on their visits to meet the US Presidents, and James Hall to write their biographies, to preserve an accurate record of the history, culture, and the description of these leaders for the US Government as well as share it with the people of the rapidly expanding America. Charles Bird King painted the majority of the portraits of these Indian leaders. To make the images of these leaders along with their  history and culture available to the citizens of the US, McKenney and Hall proceeded to issue “History of the Indian Tribes of North America” containing the hand-colored stone lithographic images made from the original paintings and the descriptive text of these leaders, their history and background. It was a monumental undertaking. There were as many as five separate Folio editions of these three volumes published during 1836-44, all considered to be the first edition. The image matrix and the biographical text were the same in all these five editions, only differing in the publishers and the way the titles and credits appeared at the bottom of the images.  The stone lithograph images from the History of the Indian Tribes of North America suddenly became highly valuable as the only surviving record of the Indian tribal leaders when most of the original paintings by Charles King stored in the Smithsonian Museum (the Castle) were completely destroyed in 1865 in a tragic fire.

The sheet dimensions for the Folio editions are approximately 19 1/2" x 14 1/4".
​
Please contact us for full condition report for the print of interest before buying.

New Year Sale   !
(Ends on January 31st, 2021)
10 % off from the listed prices for the McKenney & Hall Folio Edition Prints !
(Discount will be applied on the Invoice you request.  Please do not use the “Add to Cart” option !). 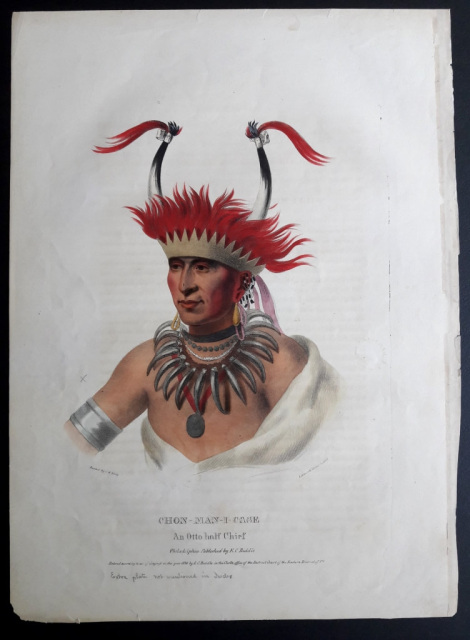 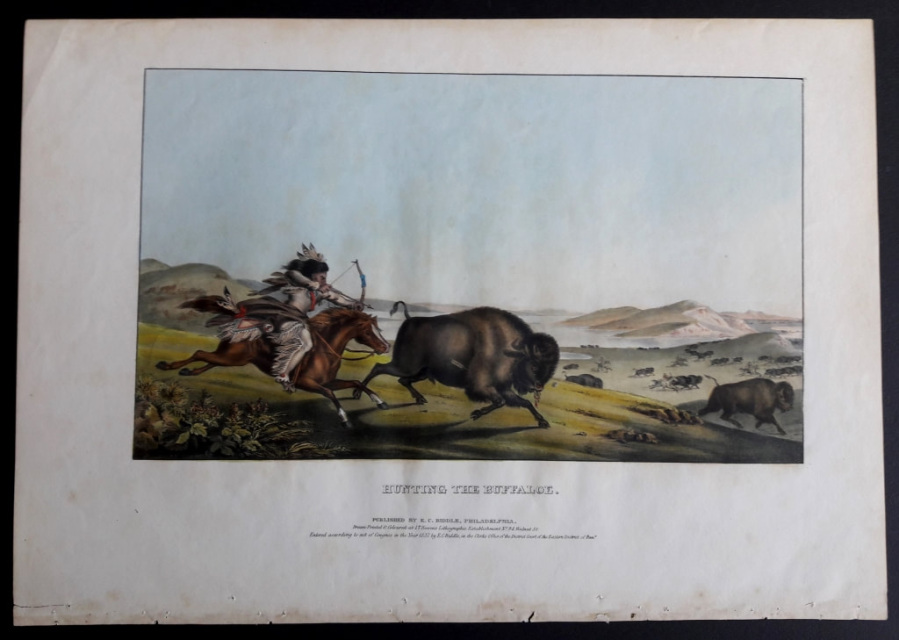 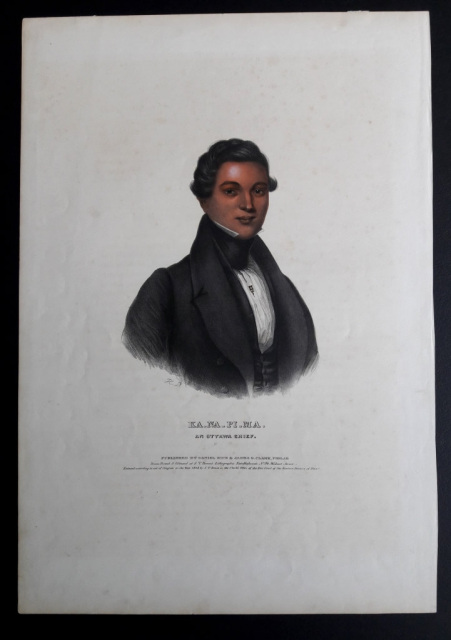 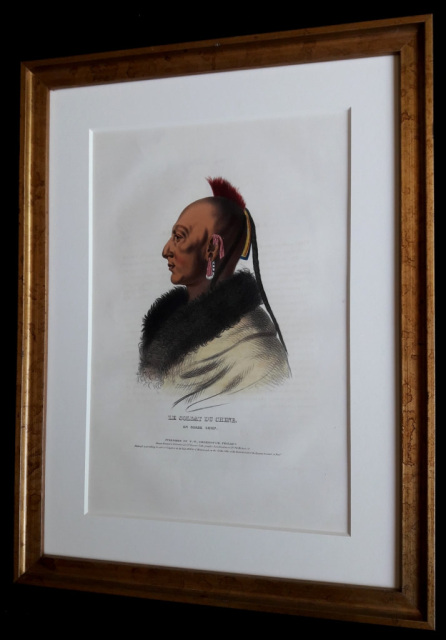 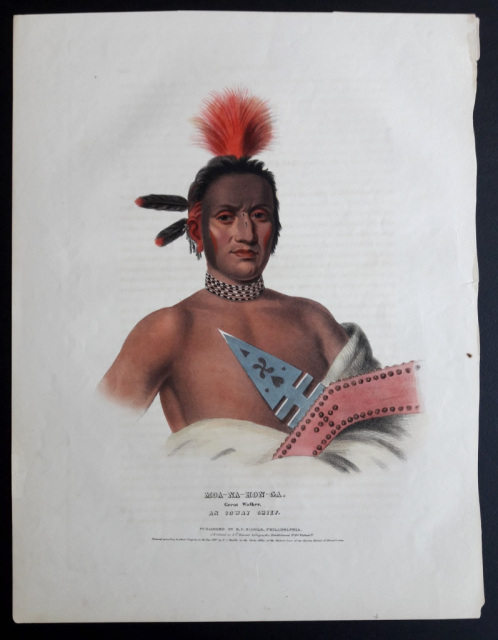 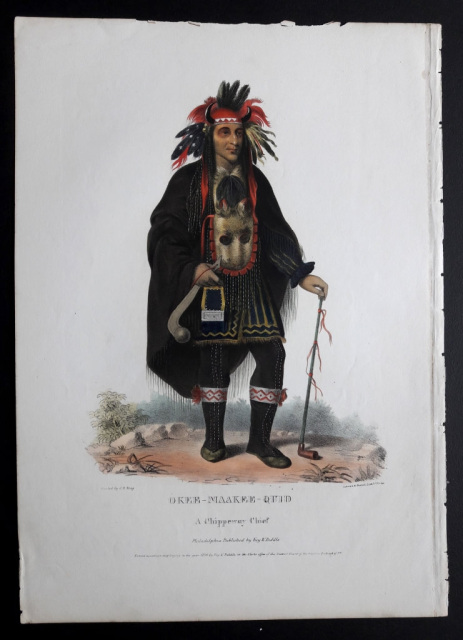 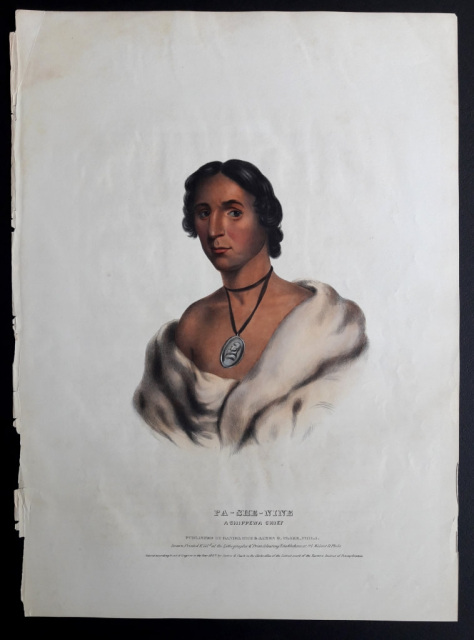 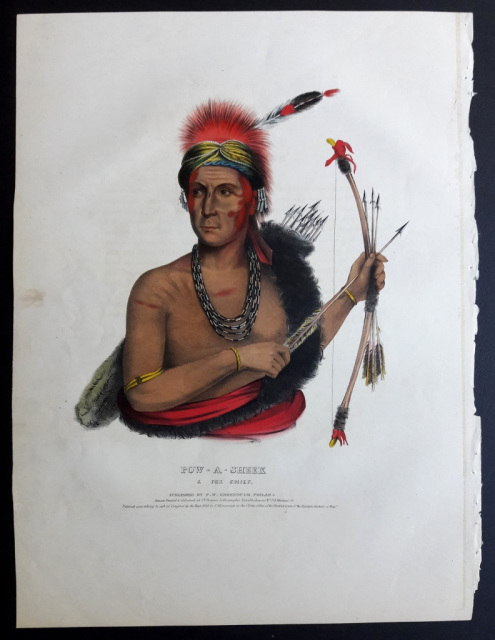 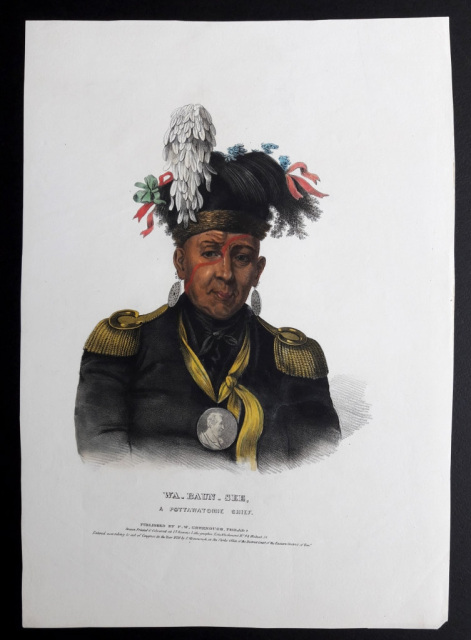 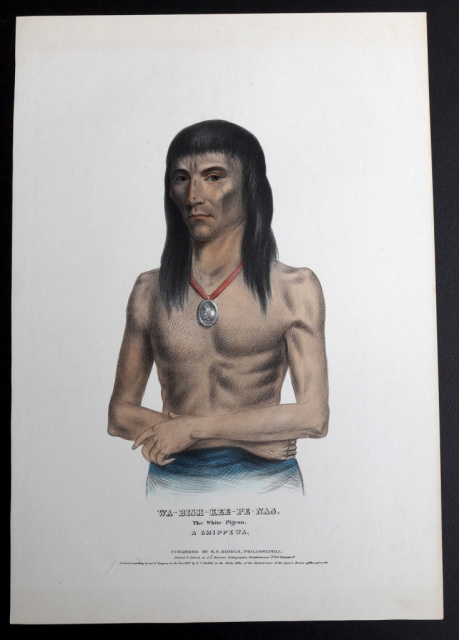 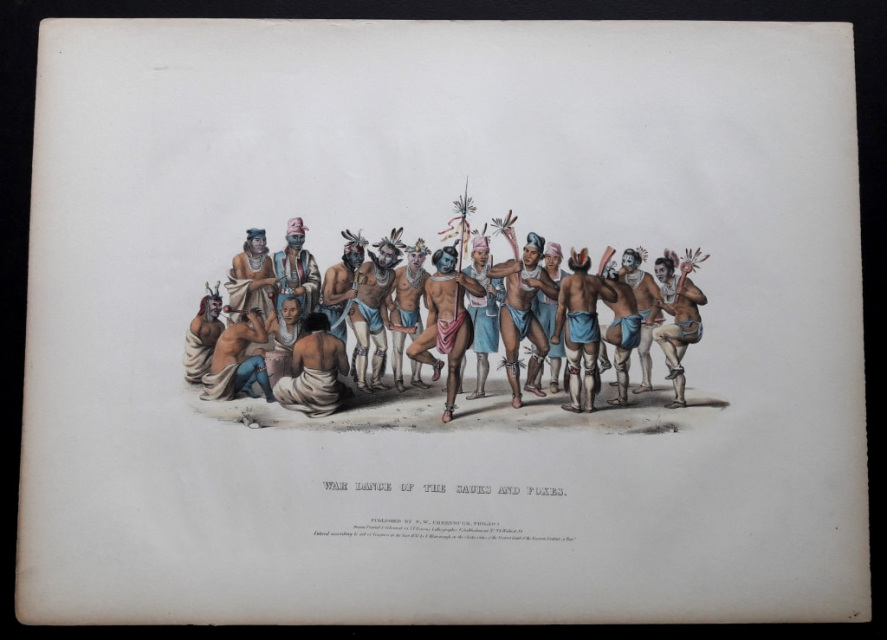